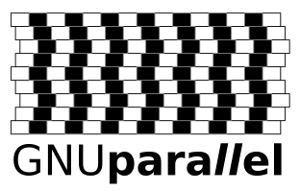 I've recently been backfilling my listening history from Podcast Addict, which has involved scraping the database and then converting the posts to Micropub commands.

As part of this, I needed to script the execution of ~600 commands. I started off by producing a single script that could execute each of the commands, like so:

However, this highlighted a number of cases where intermittent errors would result in a failure, and I needed to retry. This meant I needed to start recording what passed and failed, and then have some means for reading the in queue, and the failure queue, and remove successful entries.

To start off with, I simply manually retried the failed entries, but after maybe a couple of dozen, I grew a bit bored by it, knowing I had so many more to go.

I started to consider writing something for this in either Ruby or Go, feeling that it was just complex enough to need something a bit more thought out, but also surprised I'd not seen something like this before that I could utilise.

Fortunately, it turns out it is a solved problem, and my searching found that I could use GNU Parallel for this purpose.

This would allow us to run the following:

This is super convenient, and gives us a fault-tolerant solution, allowing us to retry errors, as well as resume where we left off with the jobs.

Because this is running with parallel we can also parallelise it well, for speed boosts!

This post's permalink is https://www.jvt.me/posts/2022/04/28/shell-queue/ and has the following summary:

How to use `parallel` to create a lightweight work queue of commands, with retry logic and a record of what's been executed.