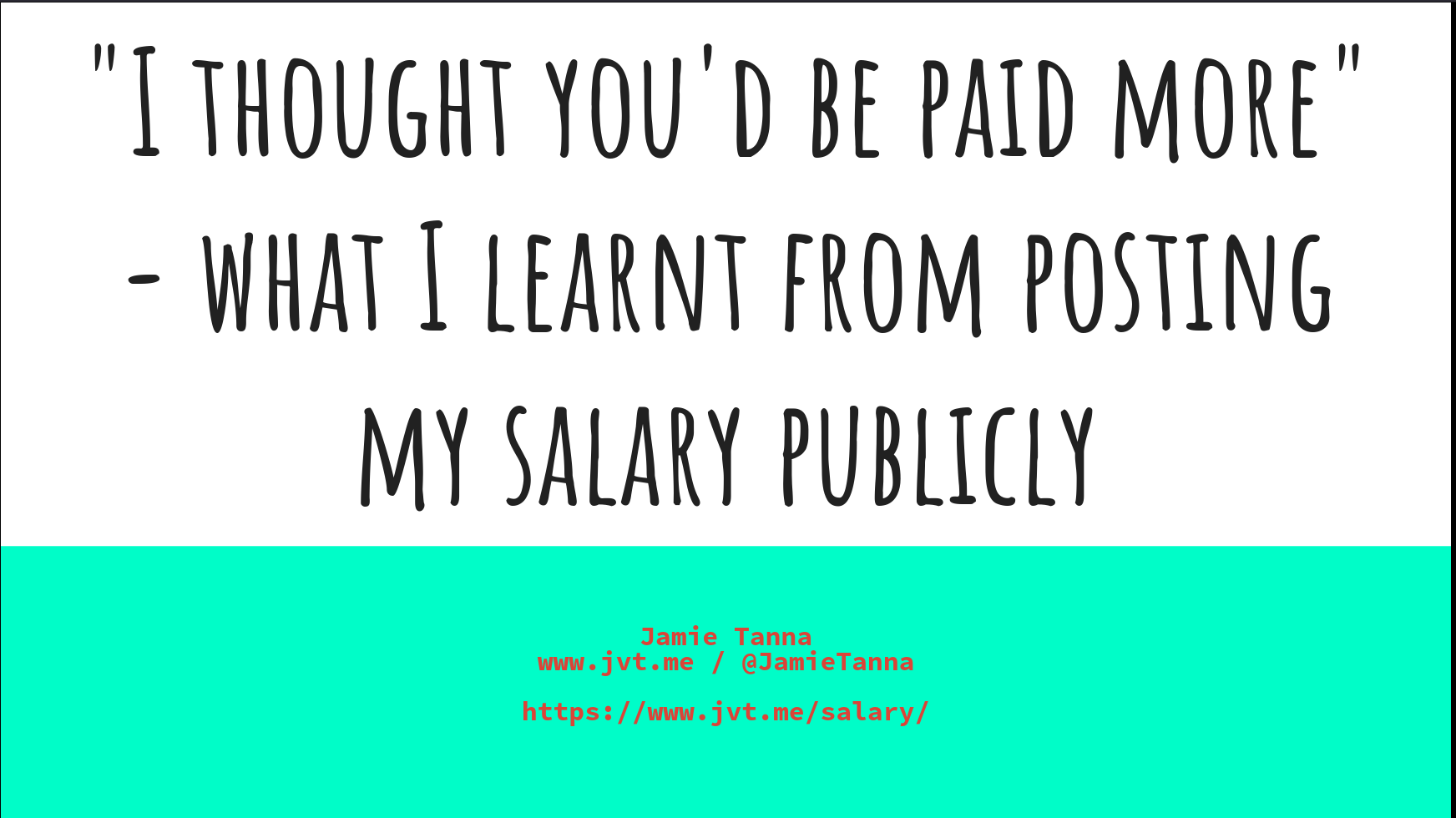 At Monday's Tech Nottingham it was Lightning Talks from the audience, which are always a fun night.

As I've recently shared my salary publicly, I thought it'd be good to talk about the things that have come out of it.

This is a (rough) writeup of what was said.

I started by sharing a link to /salary/ and giving a small overview of why I am sharing it.

People enjoyed reading / talking about it

This overview gave me time to see that my website's analytics could see a handful of people going to the page to see my salary information. This segued quite nicely into the social media engagement that I'd had: 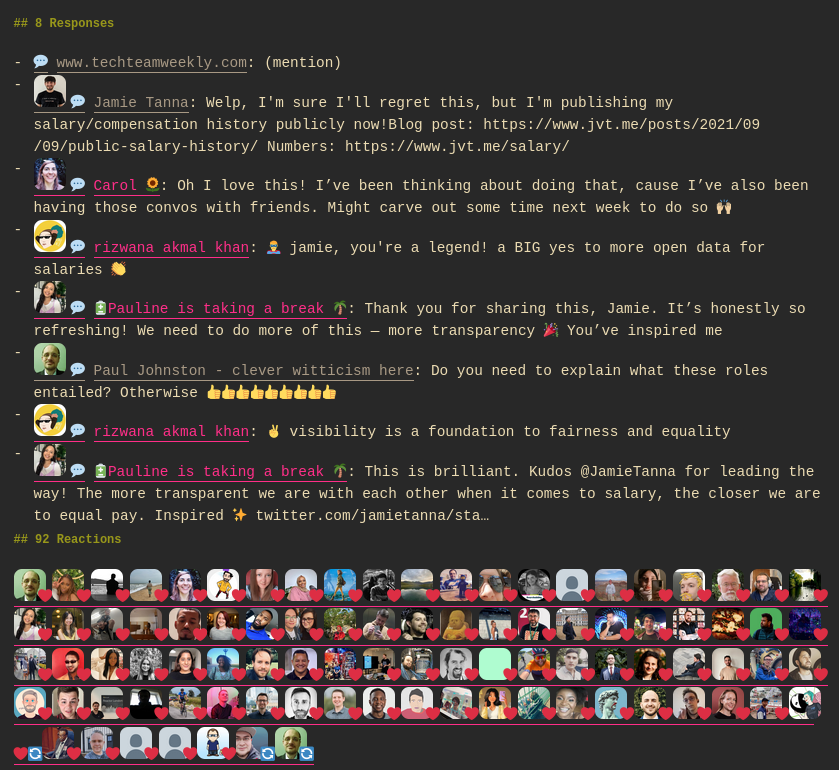 People have been really interested to hear about it, seeing progression, and I've seen much more traffic to the /salary/ page itself, compared to the blog post, showing people care about the numbers more.

It's nice to be happy with what you've got... until you're not

Although I was really happy with the salary I was going onto at the Cabinet Office, I naturally had other folks mention that they were on more. It's one of those things that reminds me that I'm doing it for exactly that reason - in cases where people aren't talking about salaries, or aware what the market rate is for their skills, they'll find they're being underpaid.

I did also have at least two messages from folks who thought I'd be making more money, which isn't the compliment they thought!

Salary is still one of those things that is deeply personal, and still feels like a very specific representation of your personal worth.

I found it interesting that even when I had shared my details so clearly, people direct messaging didn't want to share anything, and instead more give indications of whether it was similar / more.

People were quite concerned about legality

Something that I'd definitely not considered before posting it was that it may not even be legal - I definitely should have checked that before I YOLO'd and did it.. Woops!

I knew that in the US there were some states/employers who were able to get it into contracts to prevent discussing it, but fortunately, after posting it, there were good discussions about the Equality Act 2010 that it would protect discussions. Additionally, going into Civil Service, where things are very open, it wasn't that problematic.

It was covered on a podcast!

It was pretty cool to hear about the thoughts of the Tech Team Weekly podcast on the post, and open salaries. I was on holiday when it landed and had to get away and listen to the section, just to make sure that nothing negative was being said about me / being inferred that could give bad optics to it. I had nothing to worry about in the end, but still thought it was good to be sure!

I noted that I'm also planning on writing a post in a year to reflect on what happened, and hoping to look back and see some positive impact that has come from the post.

I've had a lot of people reach out to say thank you, a couple who've shared their own salary information for comparison, and at least one other person doing similar, which is great!

This post's permalink is https://www.jvt.me/posts/2021/10/13/what-learned-sharing-salary-publicly/ and has the following summary:

A writeup of my lightning talk at Tech Nottingham about my salary post.