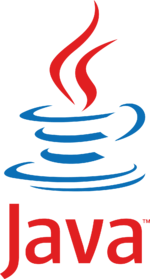 In Why I Consistently Reach for Server-Driven Content Negotiation (For Versioning), I spoke about how useful server-driven content-negotiation can be for versioning or for multiple representations of data for your RESTful APIs.

But if you're building serverless projects, or projects without a heavy web layer, it may be quite difficult for you to do this, as you need to hand-roll it.

(As an aside, this is more for when you have a larger serverless project, which handles multiple routes / representations, which isn't always going to be true, depending on how far you stray from functions-as-a-service)

I've just released two libraries to Maven Central to make this easer - media-type and content-negotiation, which provide the ability to perform this negotiation in a straighforward way.

It's been a bit annoying that there's not a lightweight alternative for at least the MediaType class, as many libraries/frameworks have a nice implementation, but it's not available standalone - I've taken the best parts of lots of designs to get to my implementation.

Although they're at a 0.1.0 release for now, they fulfill a number of requirements for my own usage, and after a bit of use in production, I'll look to stabilise the API with a v1 release.

This allows you, as a consumer, to write the following code to parse the request and resolve your MediaType, if applicable.

This handles quality value negotiation, allowing a consumer to say that they don't necessarily want a given version.

This post's permalink is https://www.jvt.me/posts/2021/01/11/content-negotiation-java/ and has the following summary: