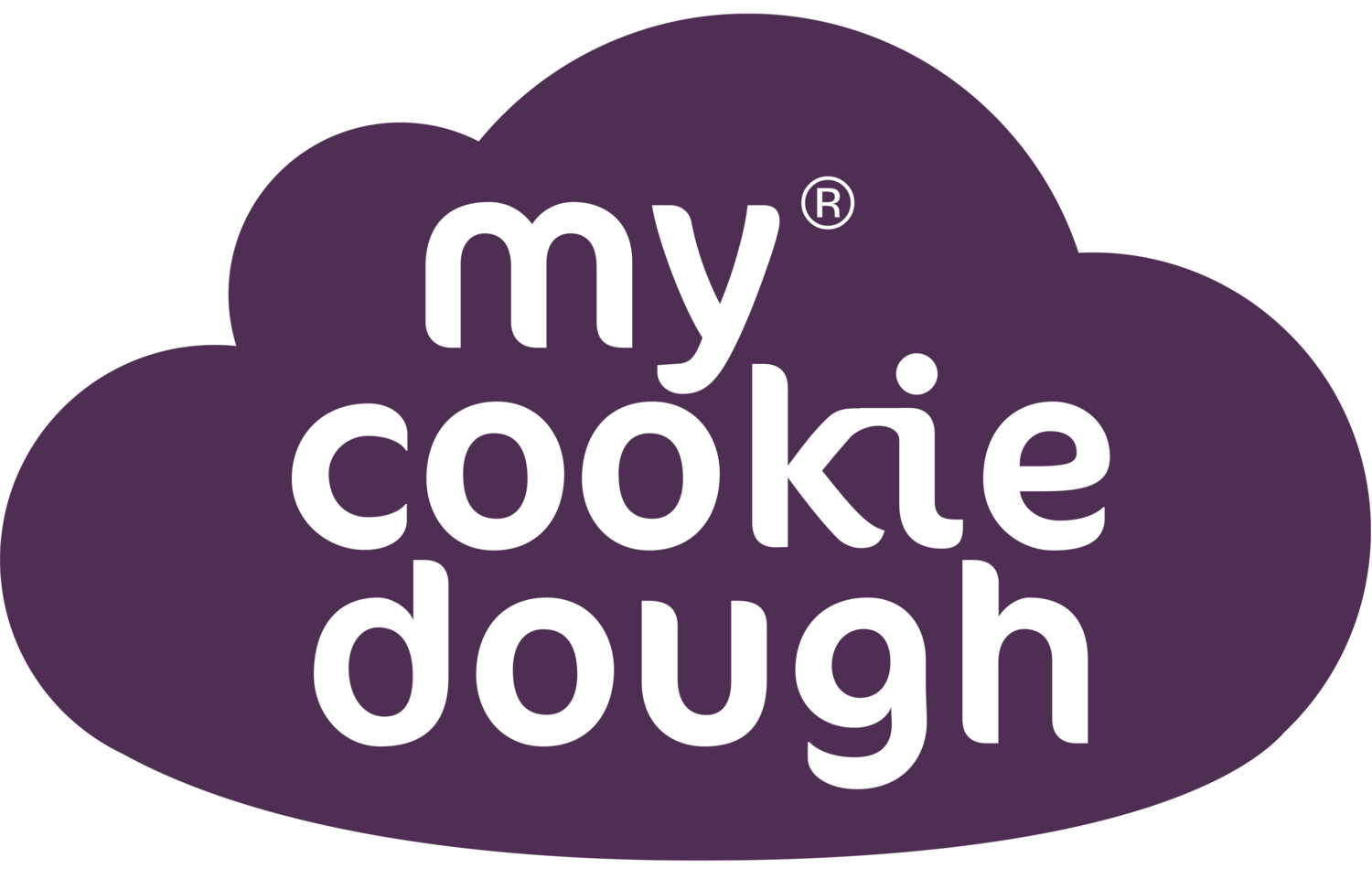 My lovely sister surprised Anna and I with a delivery from mycookiedough. We'd not seen this company before, but have found that they did IRL stores/pop-ups, and were very excited to try this at home.

This afternoon we made, it but have a few things to feed back for others who're trying it.

The pack we had was the melt'n crunch pack and it had a lot of good bits to go with it: 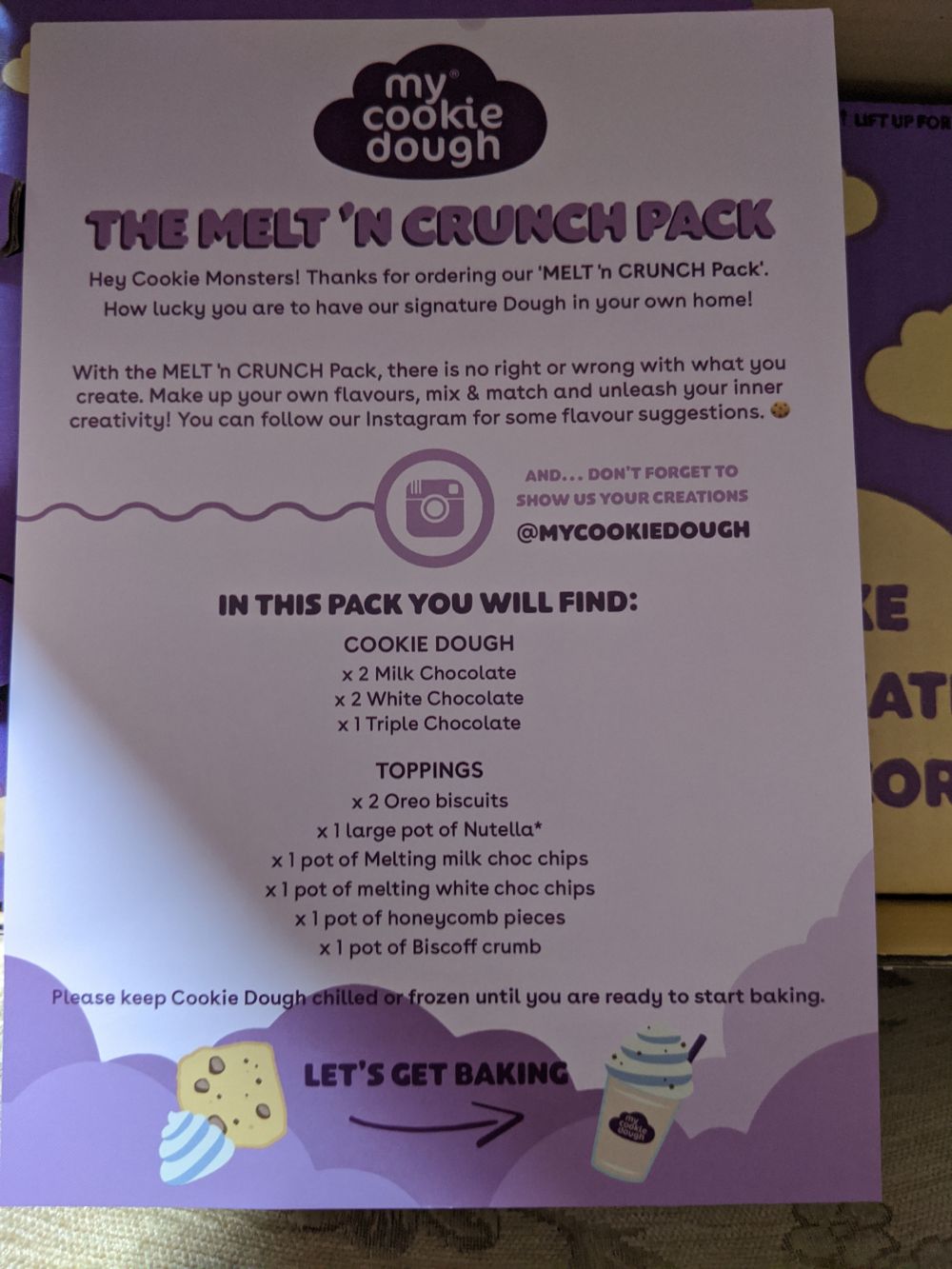 Having never been to mycookiedough, we didn't really know what to expect with what it looked like, and as such the instructions weren't super clear: 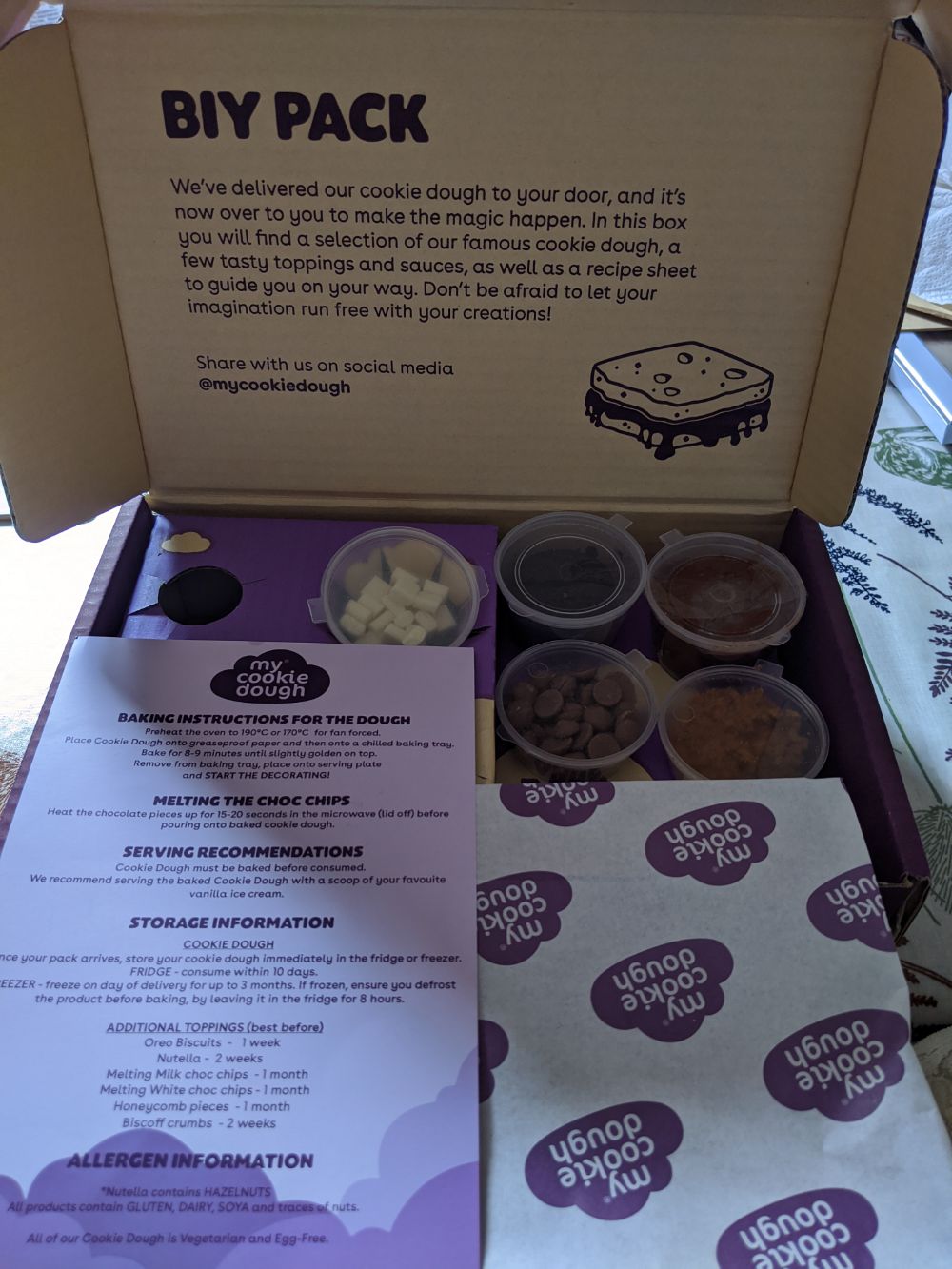 This meant we weren't sure just how "well cooked" the cookies should be, so after the 9 minutes of cooking, we had these cookies: 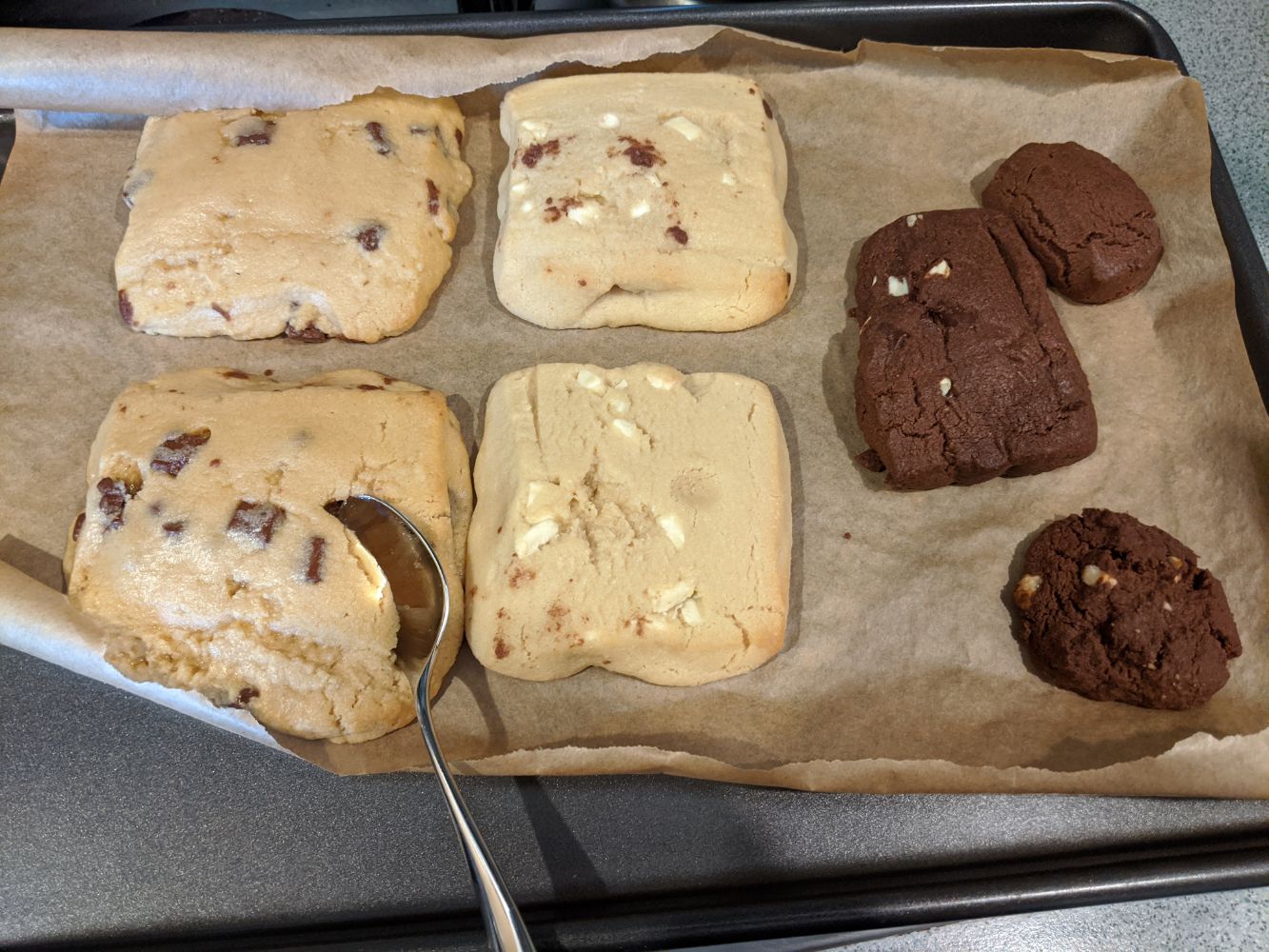 But they were still a bit squidgy, so left them for a few minutes further, after which they grew out a bit (we were a bit concerned they weren't really "cookie shaped" when it was raw, as it looked more like shortbread): 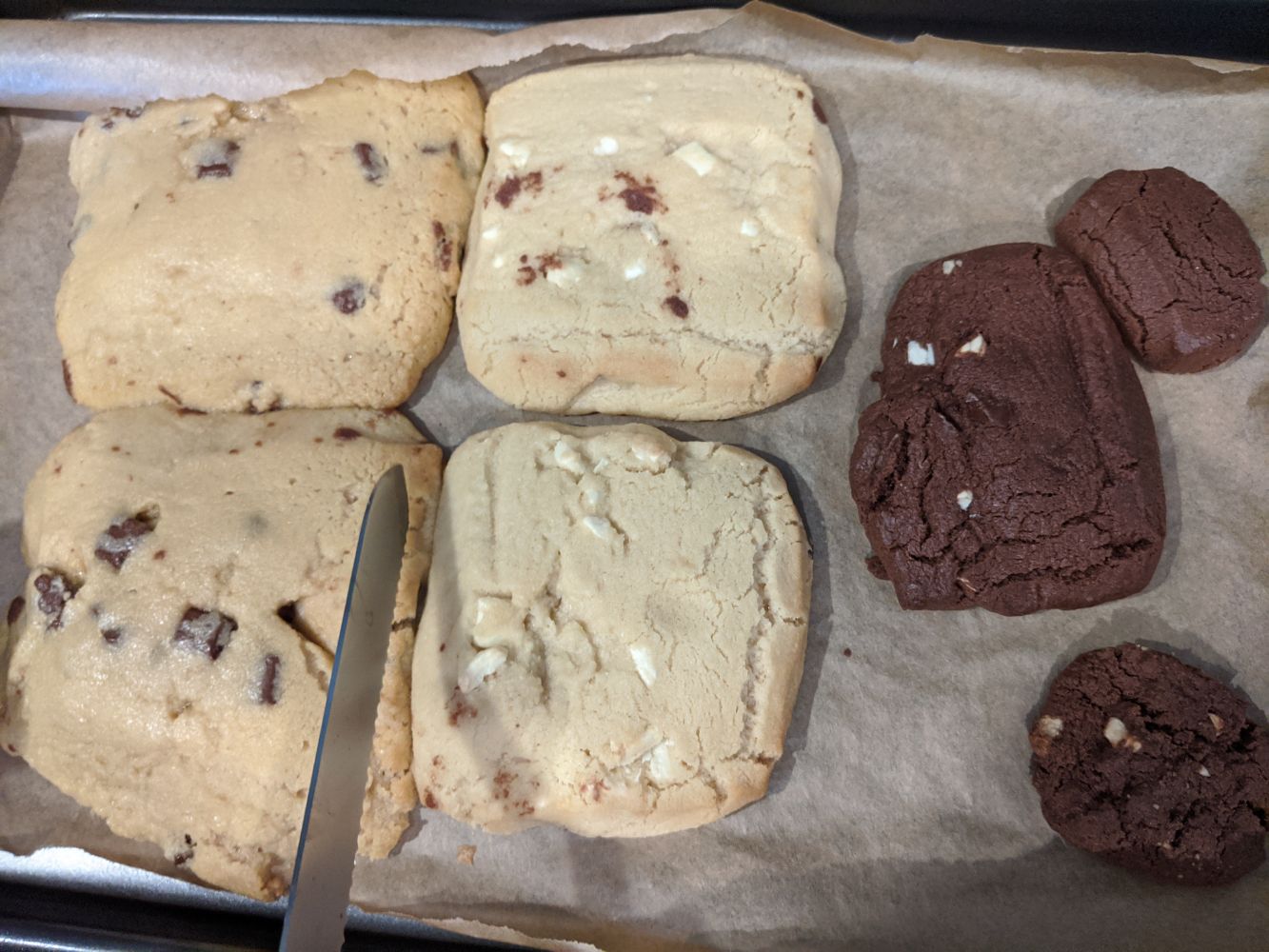 We also realised, too late, that we shouldn't have cooked them all at once, but instead did them one-at-a-time as we wanted to eat them, as they're way nicer when they're still warm and gooey.

And we found that we probably didn't need the ice cream, and all the extras: 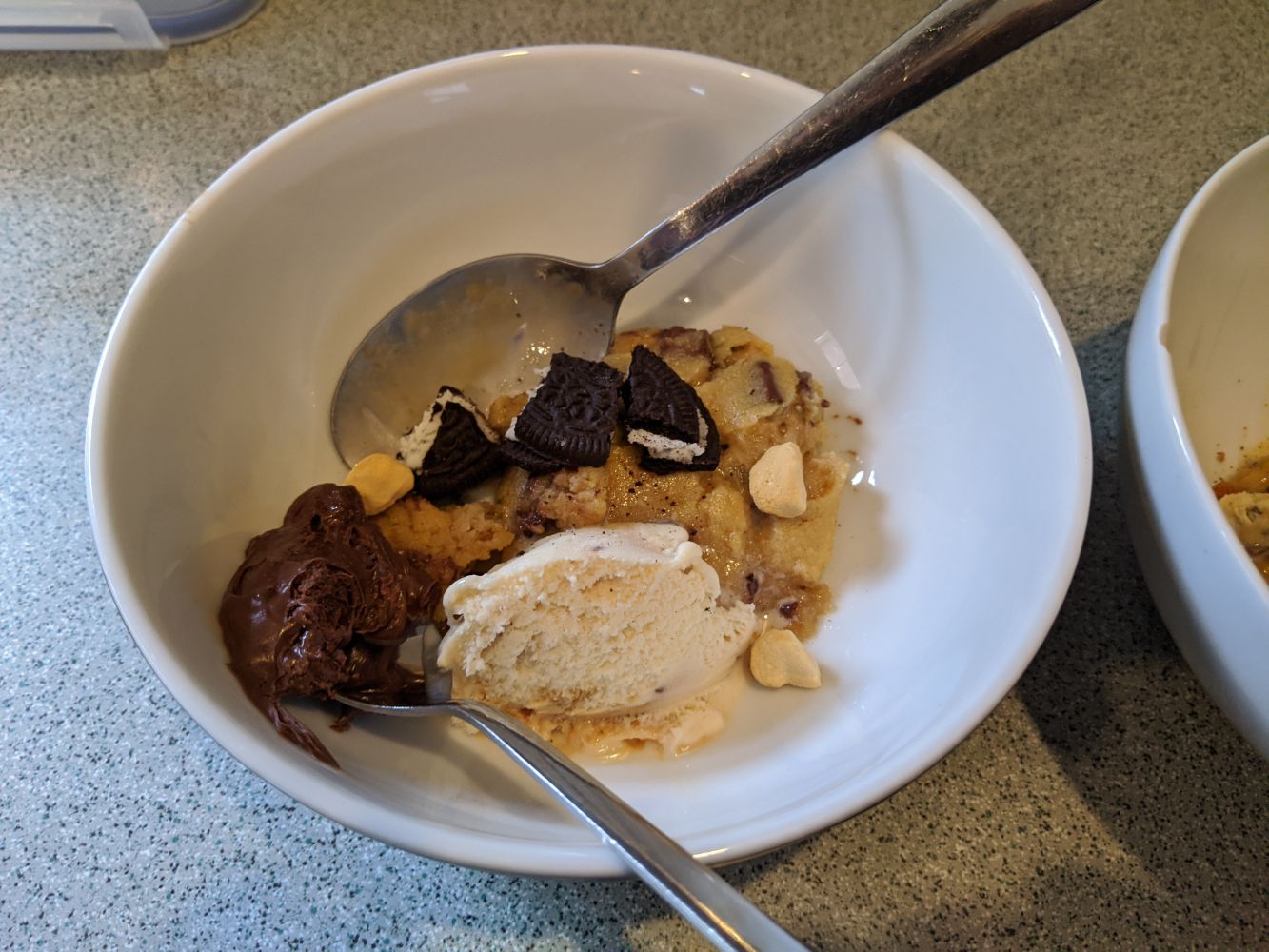 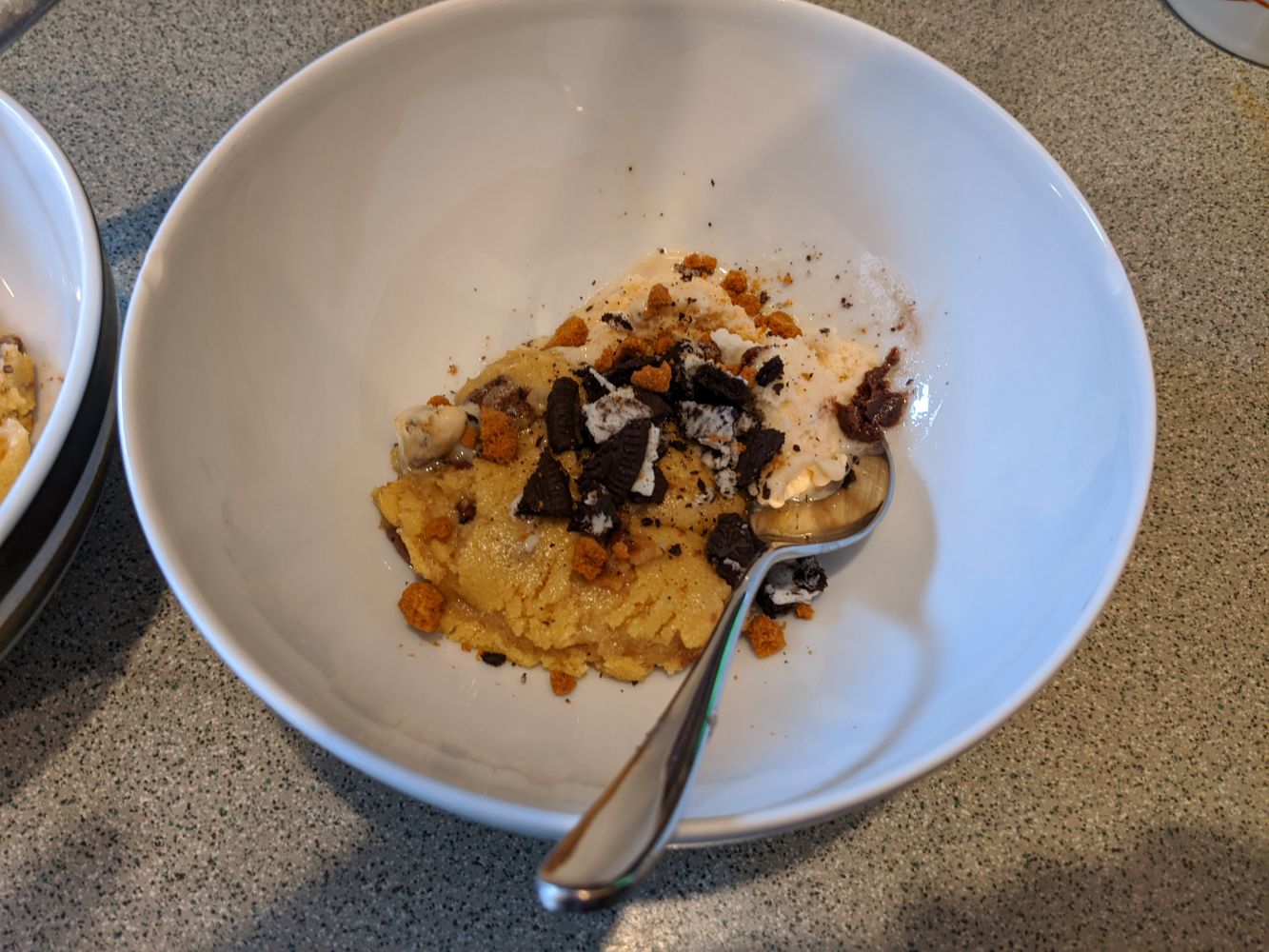 Luckily we only had a half cookie each, as we felt a little 🤢 afterwards.

I'd recommend giving them a go, though, as it's a nice, different thing to do!

This post's permalink is https://www.jvt.me/posts/2020/06/07/review-mycookiedough-delivery/ and has the following summary:

Reviewing our first mycookiedough delivery, and the corresponding sugar rush that came with it.