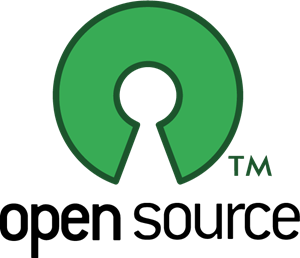 In December, an event called 24 Pull Requests promotes giving back to various FLOSS projects in an advent-calendar esque way.

I managed to make all 24 contributions, which can be found below:

I found that looking forward during the month, I would collate a list of "easy" pull requests - these would be things I would much more easily be able to collect and get things sorted with. These would be some minor changes, such as adding links or pictures, and I would save them in a saved note, while browsing reddit or Hacker News threads. However, these minor changes, although they can be seen to be useful, didn't really add too much to the end user's experience, which is ideally what should be focussed on for the contributions we make.

Because of this, I found that I didn't really have many large contributions to be proud of, unlike something like Hacktoberfest. I say that, but there are a couple of contributions such as the use of htmlproofer and programatically listing contributors to hacksocnotts.co.uk.

One thing you'll notice is that I made a number of commits to the HacksocNotts repos: 11 in total, in fact. This number is a lot higher than I would have hoped; but again, a number of these contributions are ones that we have previously discussed as a "nice-to-have" and as I had the chance to work on changes, it made sense for me to make them. However, the issue with this is that Hacksoc is all about the members learning - and I shouldn't be taking that away from them. Instead of making these contributions, I should have made them as issues, and then given the community the chance to learn for themselves how to go about doing these. Although I was personally able to learn a lot, it isn't up to me to be learning through the Hacksoc sites!

Overall, I am happy that I went through the experience, to see if I could, and what sort of level of commitment it would require. However, it's shown me how allocating time to side projects (on a deadline, no less) during a very busy month is not the best method of breeding strong contributions. I now know for the future not to push myself to hit a deadline with too high a limit, and instead realise that I need to aim for much more attainable goals.

PS: I would say that actually, the script that let me determine which contributions I made over the month was slightly more useful in some cases. It can be found below and will hopefully shed some insight into how the above Markdown list was generated automagically.

This post's permalink is https://www.jvt.me/posts/2017/02/07/open-sawesome/ and has the following summary:

A month of giving back, and a very honest post-mortem of what I learned.