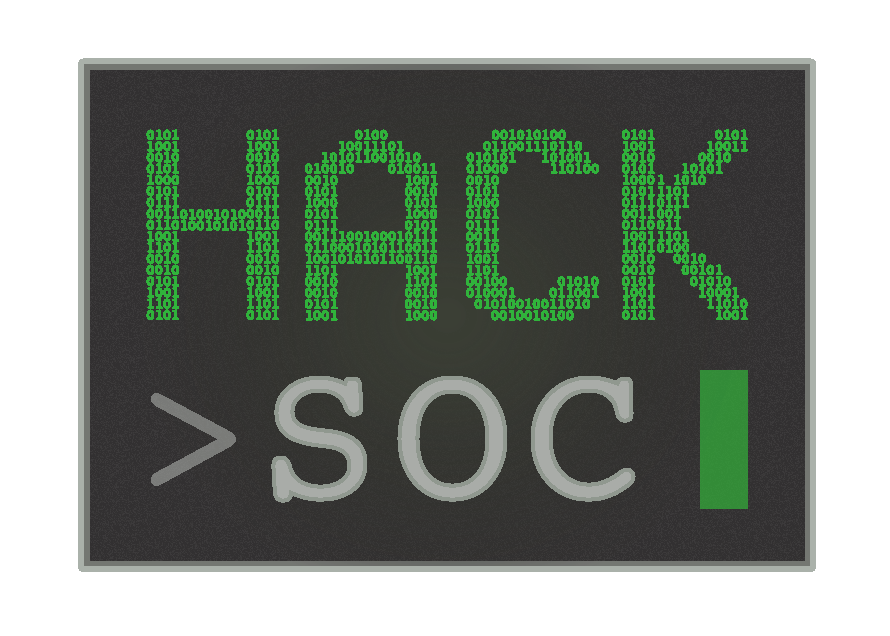 Since August, the exec have been into using something called Slack, which is a communication platform for teams. We've found it's been a great way to organise the society, but have decided it would be even better if we were able to open it up to the society so that we're able to socialise and communicate with you through it as well.

Although we use our Facebook group for a lot of posts, we've found that due to a large number of our members being from Ningbo, or just not being on Facebook, they will miss out a lot on the posts. To try and fix this, we've started using Google Calendar for events, so everyone is able to get the notifications, whether they use Facebook or not.

But on top of that, we also want to get everyone into a more social environment, being able to ask and answer questions as they need. By not selecting Facebook, members can retain their privacy, and also join a single Hacksoc-centric set of groups which will allow them to converse with other members.

So we've now opened up hacksocnotts.slack.com for the general public! You'll need to get an administrator to provide you access, so will need to enter your email address in this Google Form and we'll add you as soon as we get a moment. 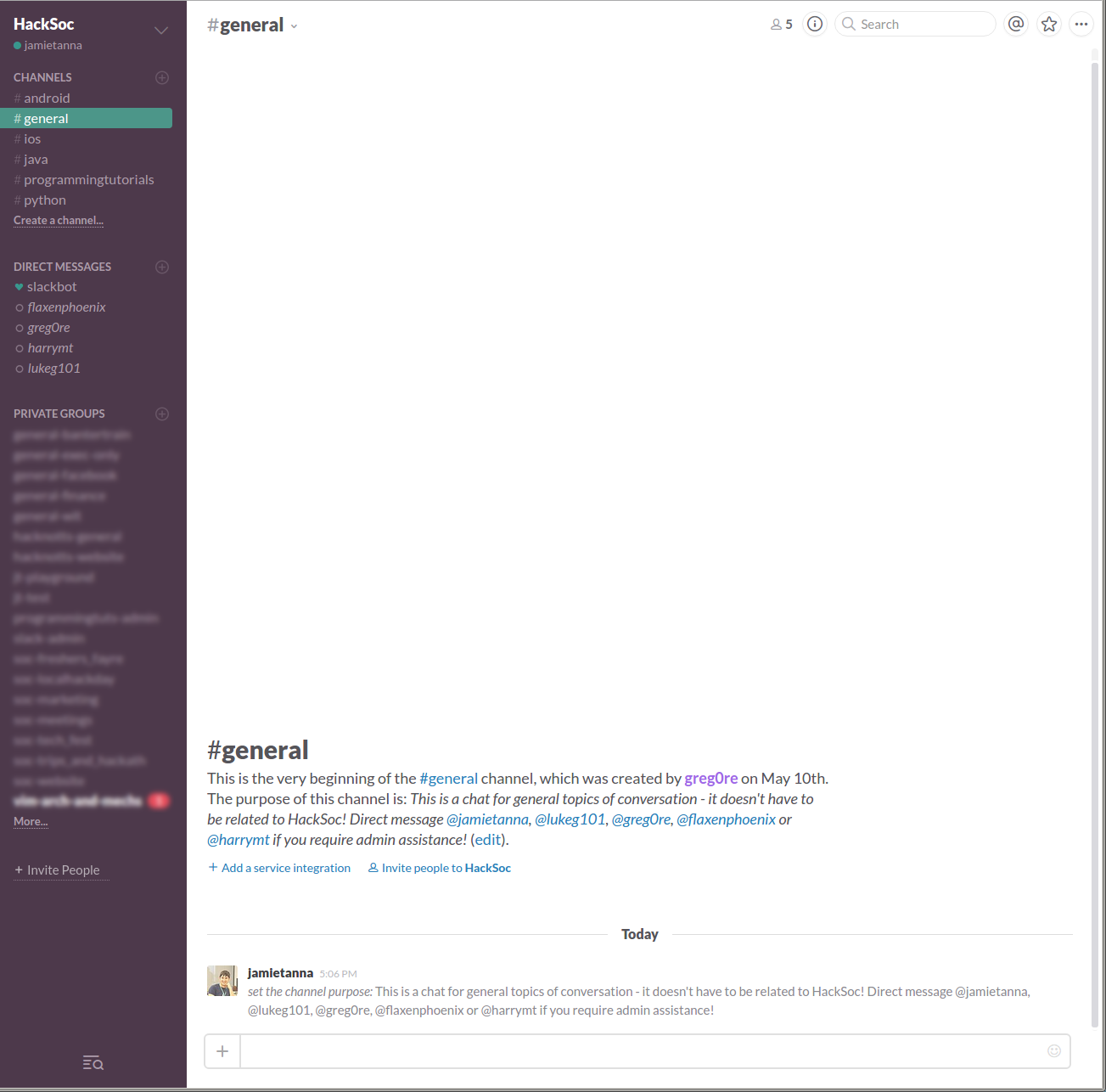 Slack has two separate concepts: groups and channels. A channel is a publicly accessible named area, i.e. Java, where conversations about Java can be discussed.

Channels are an open discussion channel that are usually based around a theme or topic. For instance, there is #hacksoc for general chat about Hacksoc events, #java for any questions or conversations about programming in Java, and #general for off topic discussions that don't really fit elsewhere.

There are also groups, which are a private area to discuss a certain topic. These are more useful for conversations you don't want everyone involved in - for instance, having a group for your CS friends where you can chat about uni work, or where you can plan to go to competitive programming sessions. In the exec, we have groups for things like planning HackNotts, the Introduction to Programming Programming sessions and other boring admin stuff.

How do notifications work?

So we're hoping that once you're reading this, there will be a lot of conversations happening via Slack. However, this also means that your devices are going to go crazy, because you're going to be getting messages left, right and centre. Because of this, you're going to want to visit your Notifications settings and switch to the Recommended Settings, which will only alert you when someone directly messages you via an @mention or sends a Direct Message.

Slack will be constantly monitored by the Hacksoc Exec. If you feel in any way targeted or uncomfortable about anything someone says to you on Slack, please contact the admins via Slack DM or email as soon as possible and we will help you resolve these issues. We reserve the right to ban users for a minimum of one week, and permanently at our discretion.

This post's permalink is https://www.jvt.me/posts/2015/10/09/slacksocnotts/ and has the following summary:

Introducing yet another communication platform to use!